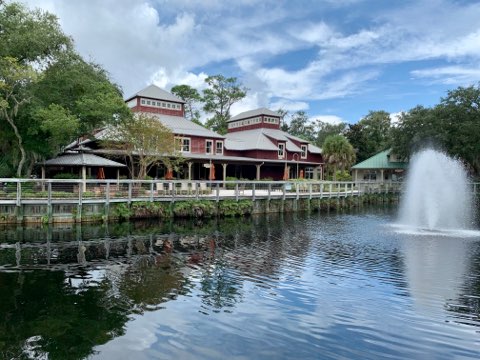 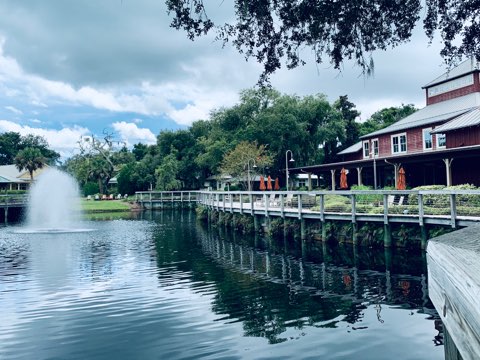 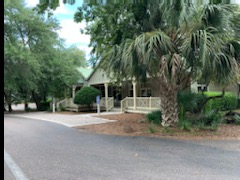 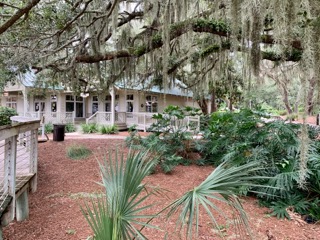 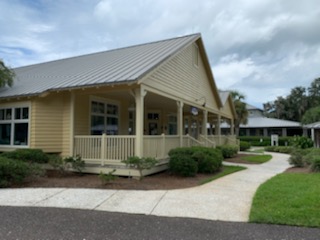 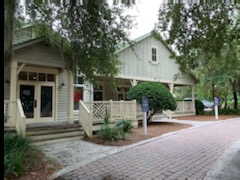 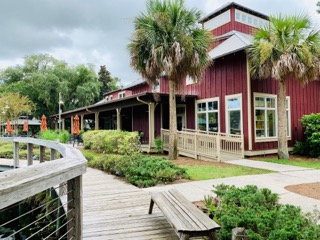 In addition, halfway through the completion of the project, the developer asked Compass Group if they could complete the project two months early in time for the Florida-Georgia football game, one of Northeast Florida’s largest annual events.

To avoid using cranes and heavy machinery that could damage the trees surrounding the construction site, Compass Group built the buildings’ roofs the old-fashioned way. Using a manual pulley and lever system, they were able to raise the trusses of the roof onto the buildings’ foundation.

To meet the new deadline of finishing the project two months early, Compass Group worked 24 hours a day, seven days a week, for 45 days. The shops were completed nine days before the weekend of the football game. Once construction was completed, the Compass Group team moved inside to help Shop workers stock shelves for the grand opening.